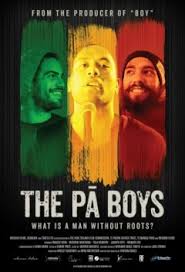 Nga Purapura is proud to confirm a special screening of the latest hit Māori feature film “The Pā Boys” on Wednesday, February 19th at 7.00pm. Written and directed by Hongoeka Marae’s very own Himiona Grace, “The Pā Boys” is a poignant story of three young Māori musicians with big aspirations who hit the road to embark upon the tour of a lifetime across rural Māori communities in the North Island.  On the way each of them must confront their own realities as well as one another as they try to make their mark with audiences around the motu.

Join members of the cast and crew who will be here in person at the Ngā Purapura screening to present the film and to talk about the behind the scenes journey taken to turn the story into a reality.  “The Pā Boys” has opened to rave reviews by critics across the country and is now making its way here to Otaki.  Tickets are $10 and pre-sales are available shortly from Ngā Purapura.

Doors open at 6.00pm where you will be able to meet some of the cast and crew