Waikanae was the place to be last week as Te Ātiawa ki Kapiti launched their new Iwi strategy, Tuia te kawe. Iwi Chair, Hemi Sundgren told almost seventy iwi members who attended the dinner event that tuia te kawe is a new way forward for the Iwi. “We need to prepare ourselves and begin to mobilise” he told the group at Whakarongotai Marae.

The evening began with a presentation on the Iwi’s demographics which identified 720 iwi members, just over 500 of whom live within two hours drive of the iwi marae. The group were concerned that 30 percent of their rangatahi (those aged between 15 years and 24 years) are unemployed. On the brighter side, whānau were uplifted to hear that 30 percent of their membership are able to hold a conversation in te reo Māori about everyday activities.

Ātiawa ki Whakarongotai Charitable Trust, the mandated iwi authority began working with whānau in January to describe “Iwi Wellbeing”. The Trust organised four workshops at the Marae and supported working parties to develop six strategies for the Iwi to implement. Those strategies include Communicating with our people; Celebrating being Te Ātiawa; Iwi Environmental Strategy; Education and Te Reo ; Whānau Wellbeing and Economic Development.

Kara Kearney, one of the trustees said she is excited about the new future described in the strategy. “One of the first challenges is to re-connect our people and re-establish robust working relationships. There are so many opportunities out there, we just have to be unified and organised”.

The project identified nearly fifty organisations and community groups that the Iwi has relationships with and that can be drawn upon as the Iwi implements Tuia te kawe. The Trust worked with Professor Whatarangi Winiata, Chairman of the Te Aho regional Māori development initiative that has been operating to develop Māori Wellbeing for Māori living between Porirua and the Rangitikei River for the past five years. Professor Winiata told the gathering that “Te Ātiawa has carved a new path and that neighbouring iwi, including his own, Ngāti Pareraukawa, would be watching Te Ātiawa’s progress with interest”.

Iwi researcher, Kiri Parata also launched her research project Whaia Te Ahi Kā. A project funded by the Health Research Council to explore the notion of what being connected to iwi means in a modern day context, and how participation through iwi might enhance overall wellbeing.

While in the open forum, kuia Ani Parata supported such a positive approach, but challenged the Trust and the iwi to mobilise and support Treaty claimants as they progress towards the Waitangi Tribunal Hearing process. Kuia Barbara Goodman alsopraised the Trustees for the positivity of the evening and commented that her generation have confidence in those now managing the interests of the Iwi. 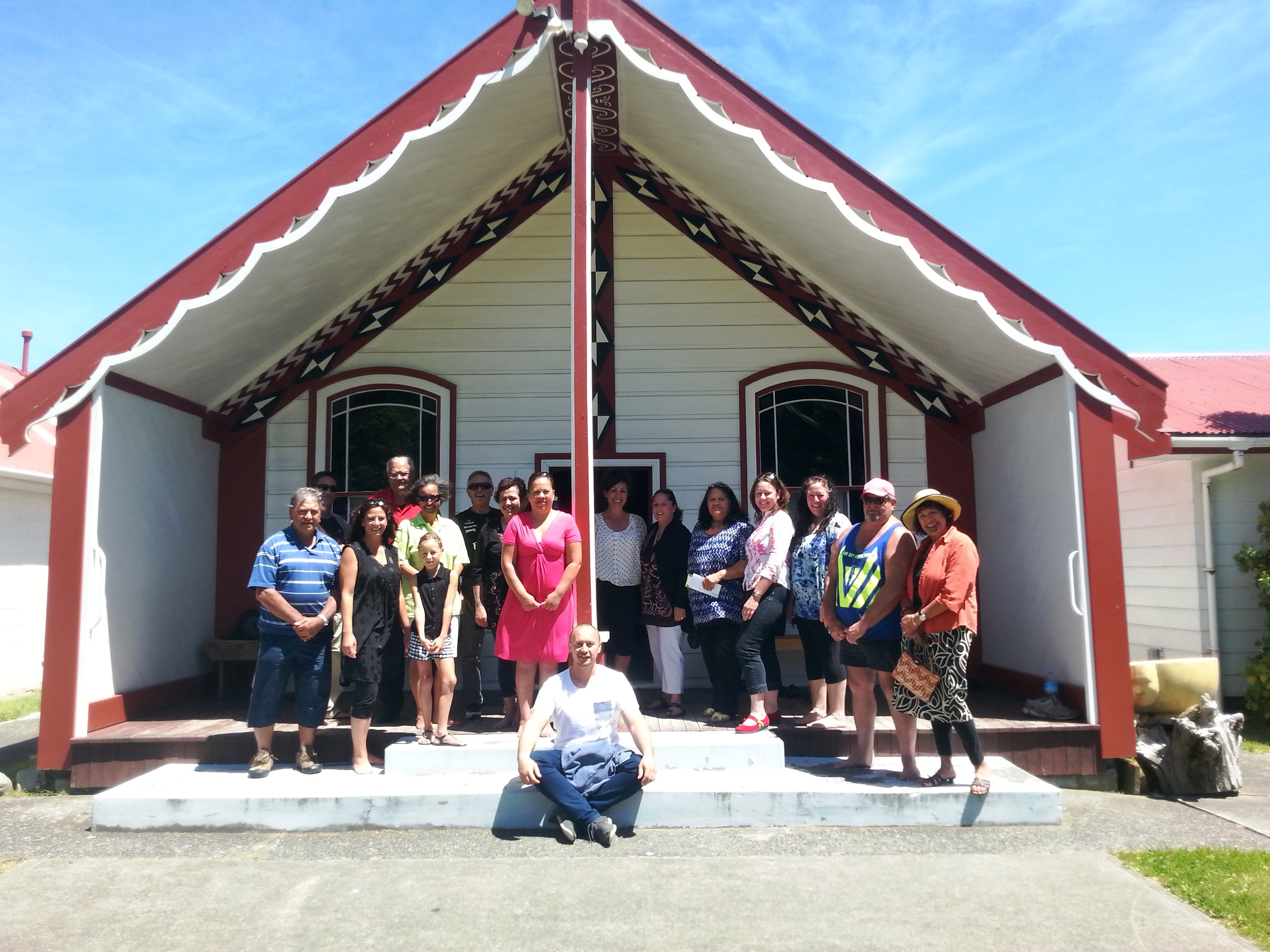 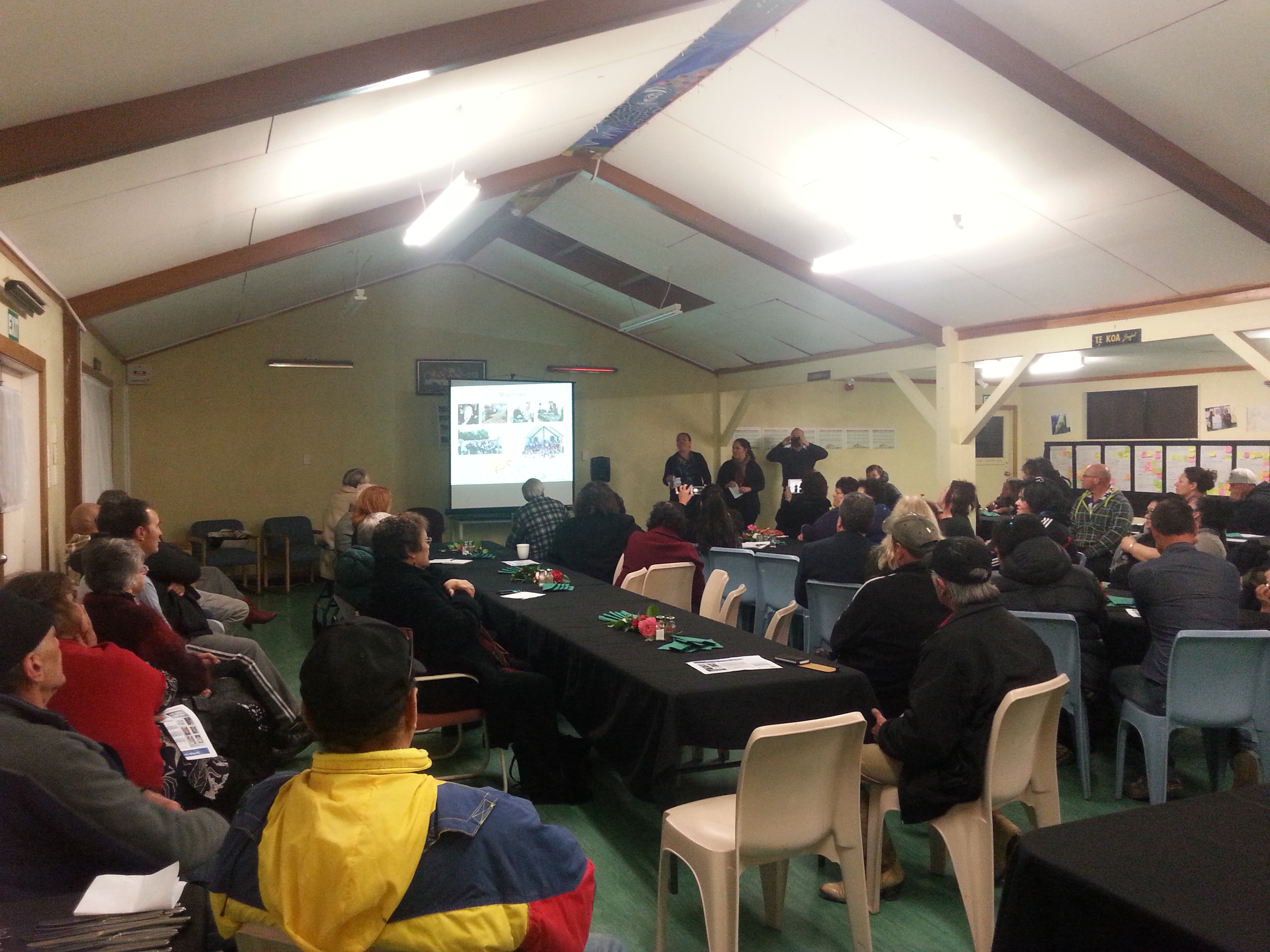 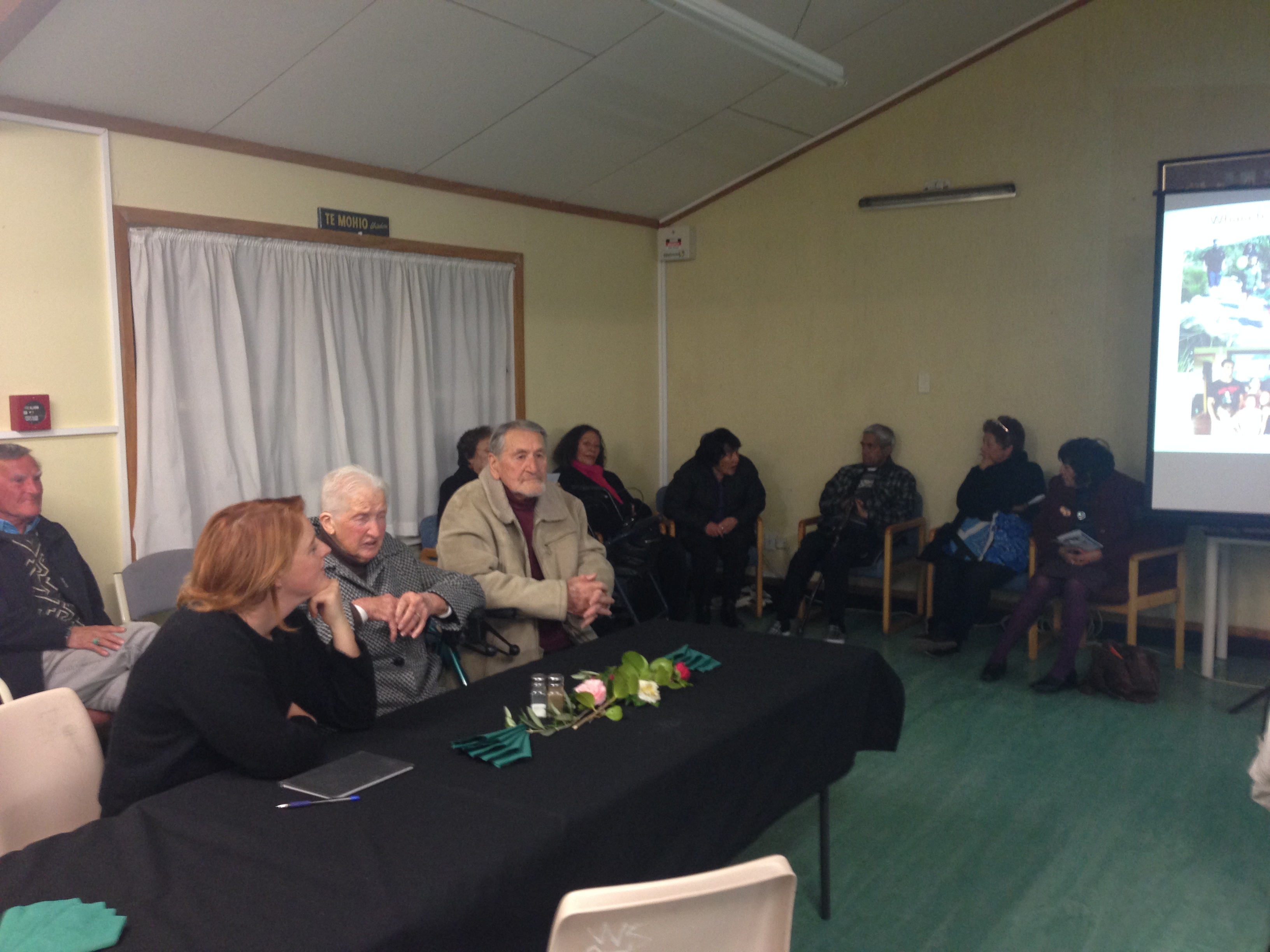